The holiday season isn’t too far away, so we are all looking to pinch our pennies, whether it’s because we have a lot of mouths to feed or some extra expenses this time of year, so #SundaySupper is bringing you a menu of Budget-Friendly recipes. Not only am I going to help you save some pennies, you’ll also save some calories and effort with this easy, gluten free, low carb egg recipe. Let the crock pot work overnight, and in the morning feed the crowd Cauliflower Hash Browns Slow Cooker Breakfast Casserole. 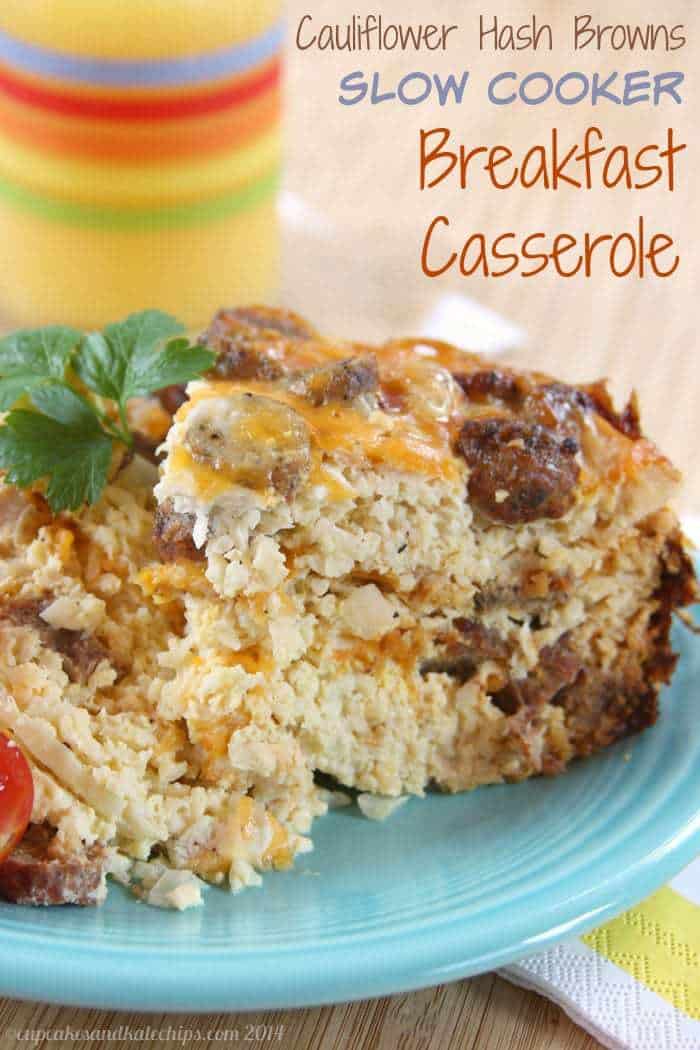 Pretty much my entire family is originally from a three town radius. We would trick-or-treat at my aunts and uncles houses, had a massive table for Thanksgiving, and Christmas was two days of different combinations of family members gathering at different houses, and even welcoming those that were as far-flung as, you know, the next county. Obviously as the generations have grown up and families have expanded and moved around, these holiday celebrations have changed, but one of the biggest changes for me as a kid was when my aunt, uncle and cousins moved to Kentucky. Since we all grew up together, spending most of our days at each others’ houses or going on outings or vacations together, Kentucky felt like it was pretty much halfway across the world.

One thing we could count on, though, was that they did come back to New Jersey for Christmas as often as they could. And they always stayed at our house. Now, our house was by no means small, but it wasn’t huge either. So when it expanded from four people living there to nine, plus a Christmas tree and presents and the dining room table with the extra leaf in it and more family members popping in and out, well, it did feel sometimes like it was busting at its seams. We were always thrilled to see each other, but, you guys, between the bath towels and the food. Well, just wow.

So it was always good to find some meals that could feed a crown for not a long of money. So we always made one (or two) of those big ol’ breakfast casseroles where you let the bread soak in the egg and cheese mixture overnight, then bake it in the morning. It was easy, filling, and reheated well a couple days later.

Well, naturally I had to remake it with my favorite sneaky veggie… 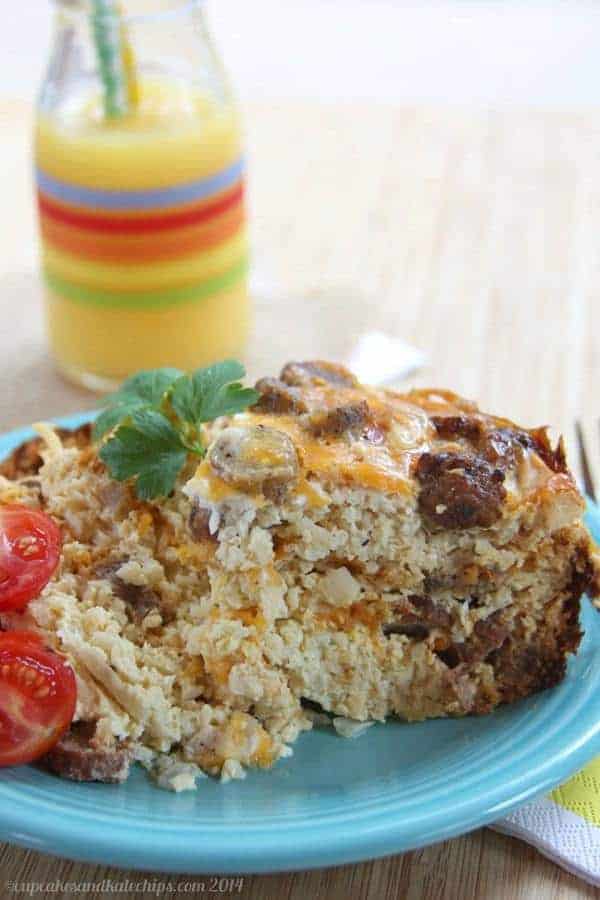 You guessed it – cauliflower!

Cauliflower Hash Browns Slow Cooker Breakfast Casserole is such a simple way to make a morning meal for a big crowd.

Plus, you’ll be starting the day off with a big serving of vegetables and tons of protein.

And eggs are one of the most economical sources of protein. I threw in some pre-cooked breakfast sausage, but if you want to save a few more dollars or are serving vegetarians, you could leave it out. Other alternatives would be bacon, vegetarian sausage crumbles, or even bits of leftover Christmas ham, to really be frugal.

My version is also gluten free, low carb, and, if possible, even easier than the original version, since the slow cooker does the work. It’s ready as soon as you wake up… no waiting for it to bake for forty-five minutes.

Or, you know, everyone loves breakfast for dinner, so this slow cooker breakfast casserole is a perfect meal to come home to on a busy weeknight. The boys and I put a major dent in this, and they had some more for lunch a couple days later. I am actually freezing the rest of it, since it made so much! Honestly, I’ll probably cut down or skip the onion entirely next time, since I’m not a huge onion gal. but I know a lot of people like them, so I left them in.

Do what makes you happy. Sometimes the best budget friendly ingredient is versatility. 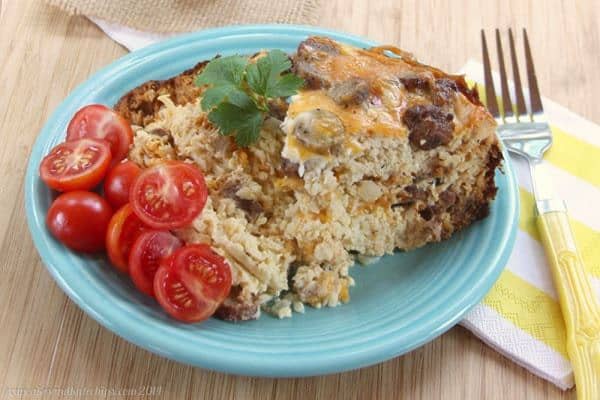 What is your favorite budget-friendly meal?

If you try it, I’m pretty confident that this slow cooker breakfast casserole recipe will become one of your favorites!

Here are a couple of items you may need to make this breakfast recipe: 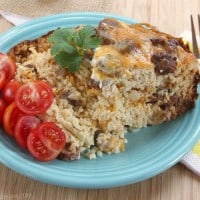 An easy recipe to feed a crowd!
Print Rate Save Saved!
Prevent your screen from going dark 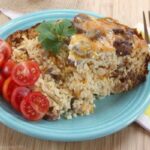 Here are a few more of my penny-pincher meals…