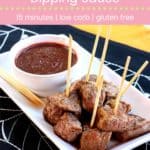 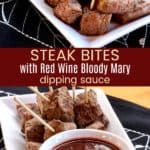 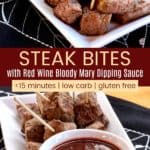 Steak bites are simply seasoned, perfectly seared, and served with a simple Red Wine Bloody Mary Dipping Sauce. The dip has a flavor reminiscent of the classic cocktail but using wine instead of vodka for a rich and flavorful twist that perfectly complements the beef. Ready in less than fifteen minutes, you can enjoy these are a fast dinner or as one of your favorite gluten free appetizers, 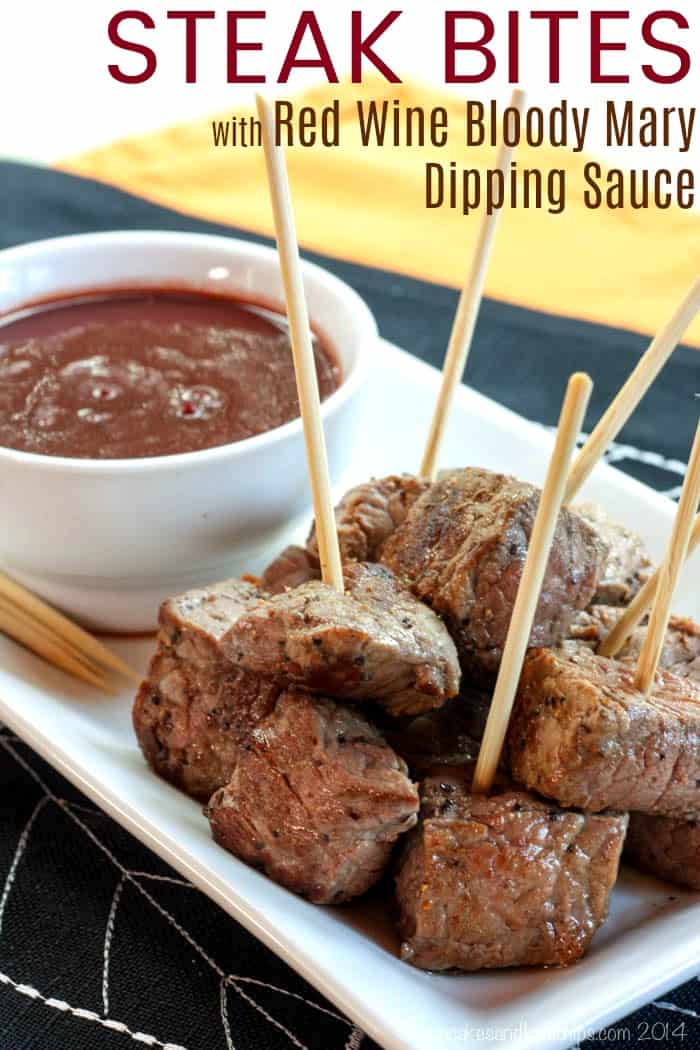 The Hubby and I have been banned from having Halloween costume parties anymore. Not because we aren’t good at throwing parties, but because the one time we did throw a Halloween costume party, it was so epic that we were told there is no way that we could ever possibly achieve the same level of fun and excitement again.

The challenge was laid for us to host a party for our friends, and we totally stepped up. People did not stop talking about this party for months, I tell you. Months! The dimmed lights and spooky music and creepy decorations. The snacks and treats and drinks galore. The costumes…

You guys, the costumes! All of our friends dressed up. It was basically mandatory for entry. And we aren’t talking throw a sheet over your head or buy a black pointy hat from the store.

One woman pulled out a full-on ball gown to be the most gorgeous princess you can imagine. Others broke out the sewing machines and hot glue guns to transform themselves into bottles of their favorite adult beverages. One guy grew out his hair for a month so that he could shave a mohawk to be Mr. T. The resemblance was uncanny.

Fast forward over fifteen years later, and living in a new state means a whole new set of potential party attendees. I think it’s time to pull the spiderwebs and spooky decorations out of the storage boxes to see if we can reclaim our prior level of Halloween awesomeness. I will most certainly be serving these… 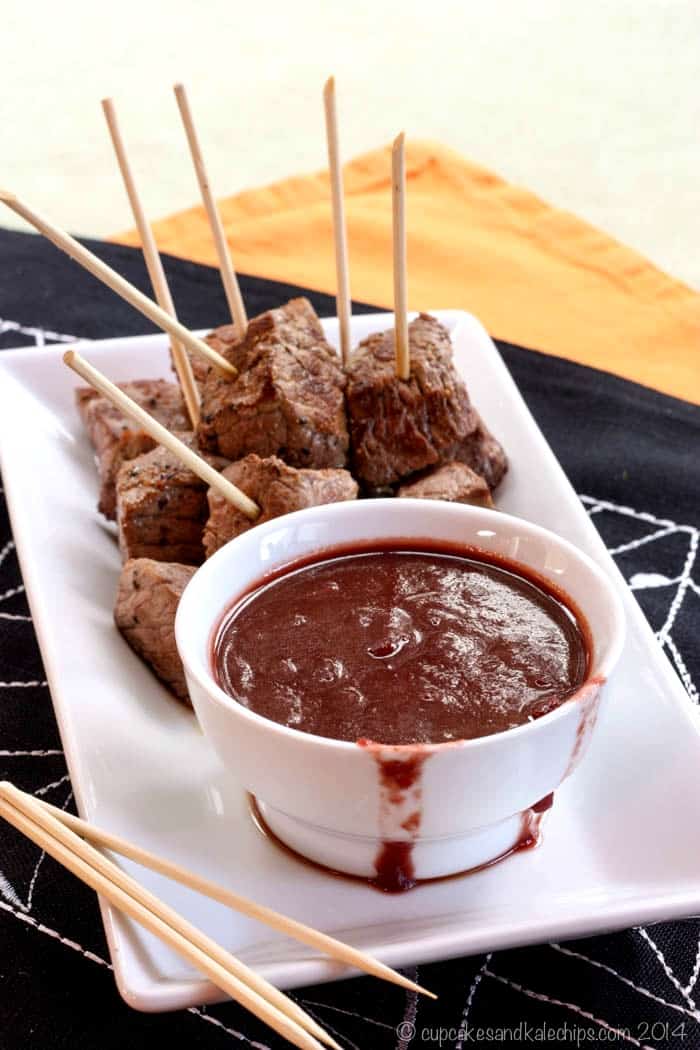 Steak Bites with Bloody Maria Dipping Sauce will definitely be a hit with your friends. Maybe not as impressive as shaving your head all for the sake of a Halloween costume, but still darn good.

Chunks of beef are simply seasoned and seared, then served with a blood-red dipping sauce reminiscent of the classic Bloody Mary, but made with red wine instead of vodka. The tomato and red wine sauce are reduced to concentrate the rich flavors, then given a little bit of a kick of flavor and spice with Worcestershire sauce and hot sauce.

How do you make steak bites? 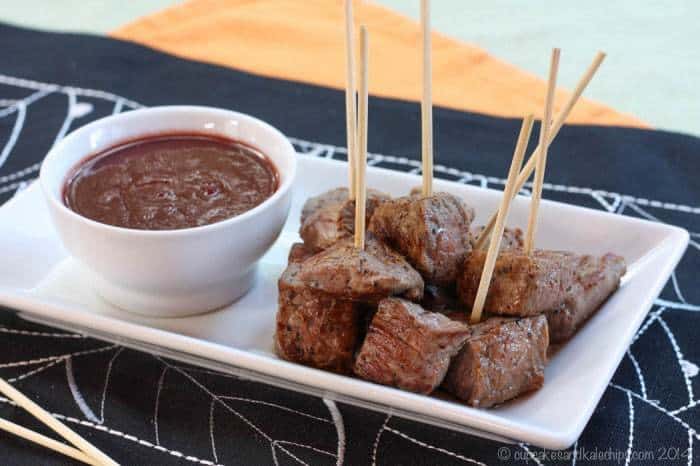 What do you serve with Steak Bites?

Here are some more of our most popular beef recipes…

Perfectly seared cubes of beef cook in just minutes. Serve them with an easy dipping sauce based on the classic Bloody Mary cocktail, but made with red wine, such as Merlot. Serve on skewers for a party appetizer, or enjoy as a quick and easy dinner recipe. 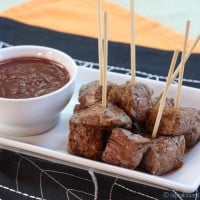 For a tasty appetizer, stab a skewer into some perfectly seasoned beef and drown it in a puddle of oozy red deliciousness.
Prep: 5 mins
Cook: 10 mins
Servings: 8
Print Rate Save Saved!
Prevent your screen from going dark

For the steak bites:

For the steak bites: 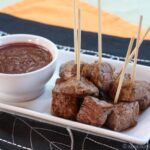