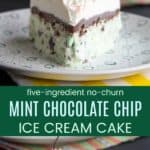 Mint chocolate chip ice cream cake is one of my favorite no-churn ice cream cake recipes! This five-ingredient ice cream cake will become your favorite dessert of the summer! It’s also a fun way to celebrate a gluten free St. Patrick’s Day! With super creamy and minty ice cream studded with dark chocolate, made without an ice cream maker, slathered with a rich chocolate ganache, and topped with fluffy whipped cream, the ice cream lover in your life will not be able to resist this five-ingredient (plus a couple of optional garnishes), homemade Mint Chocolate Chip No-Churn Ice Cream Cake. 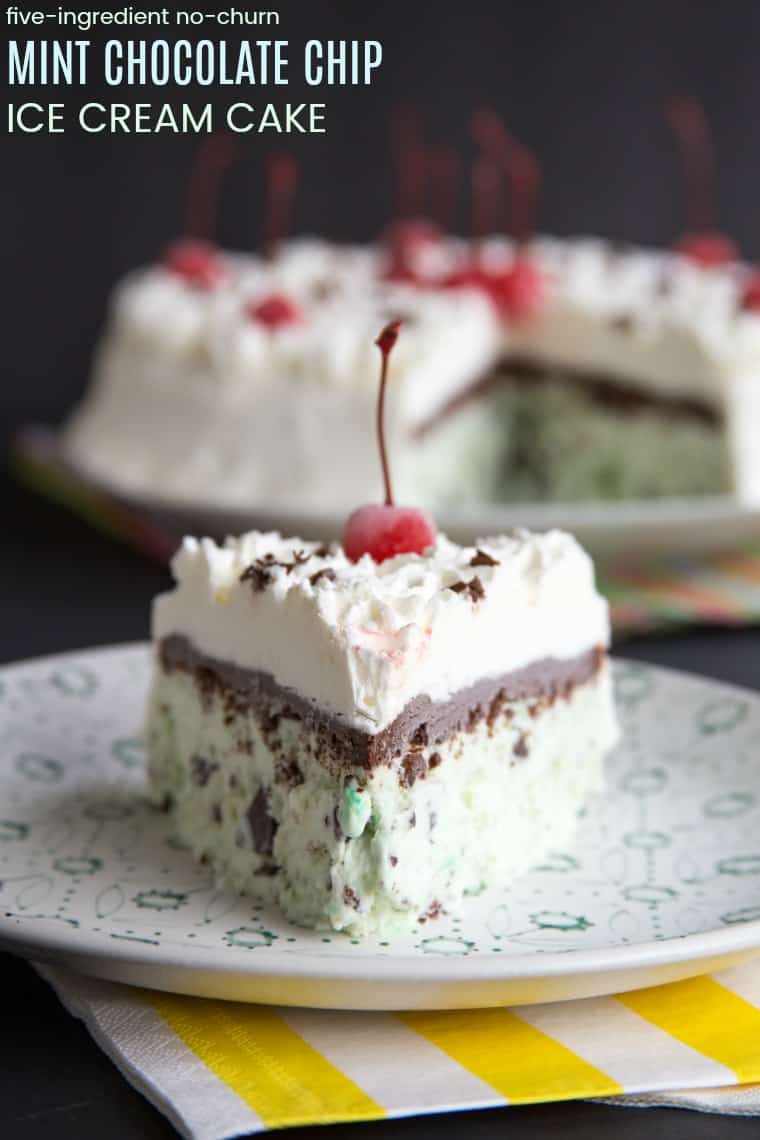 Being a food blogger can simultaneously make you both the best and the worst mom. You see, for The Bug’s fifth birthday, I asked him if he wanted me to make him a cake or ice cream. He said he wanted an “ice cream special”. Well, I was happy to oblige. You know, make the kid happy and have a new recipe I could post on the blog. Double win, right?

First I had to figure out what an “ice cream special” was. He couldn’t exactly tell me, so when I proposed the idea of an ice cream cake, he sounded happy with that. He also requested mint chocolate chip ice cream, and, this was essential, it had to be topped with whipped cream and cherries. Not A cherry. CherrIES. I’m really not a fan of day-glow, super sweet, red dye- and HFCS-laden “cherries”. But I felt like I really just wanted to make exactly what he wanted. I mean, it was his fifth birthday. And we weren’t having a party.

Annnnd, I was totally going to cut a slice out of it and photograph it before I put candles on it to sing “Happy Birthday”.

And unlike regular cake, you can’t just save some frosting, put it back together and hide the evidence. Not that I’ve done that before…

But seriously, guys. Can he really be mad at me for making a no churn mint chocolate chip ice cream cake? 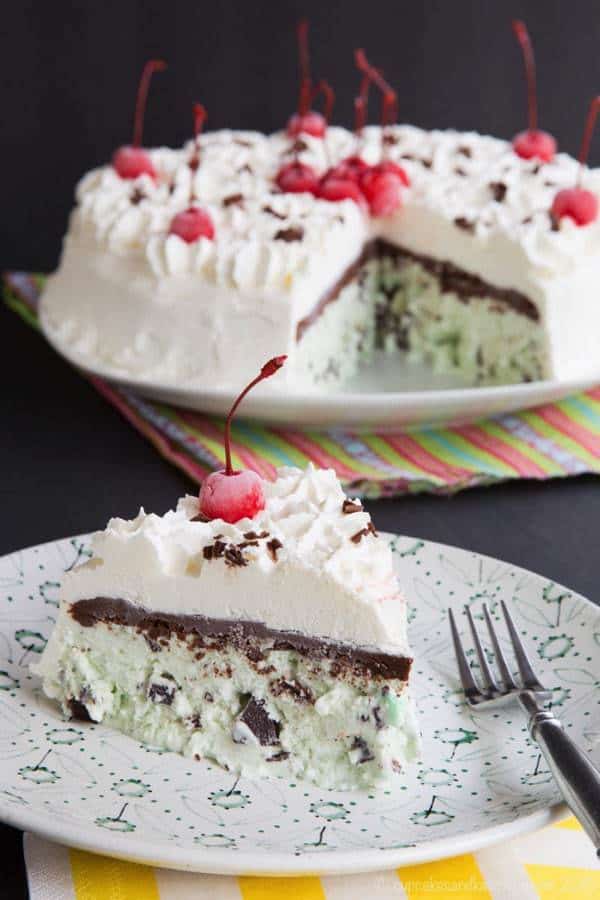 I think his demands for a mint chocolate chip “ice cream special” were satisfied with this Mint Chocolate Chip No-Churn Ice Cream Cake.

Mint chocolate chip no-churn recipe starts with a layer of super creamy dreamy no churn mint chocolate chip ice cream. And those aren’t just measly chocolate chips. It’s chopped dark chocolate, so you get big chunks, small flakes, and everything in between. Then top that with a layer of ganache and slather it all in whipped cream. And believe it not not, if you don’t count the two drops of green food coloring, which are totally optional, and the cherries, which are also totally optional unless requested by your five year old, it’s a total of five ingredients. 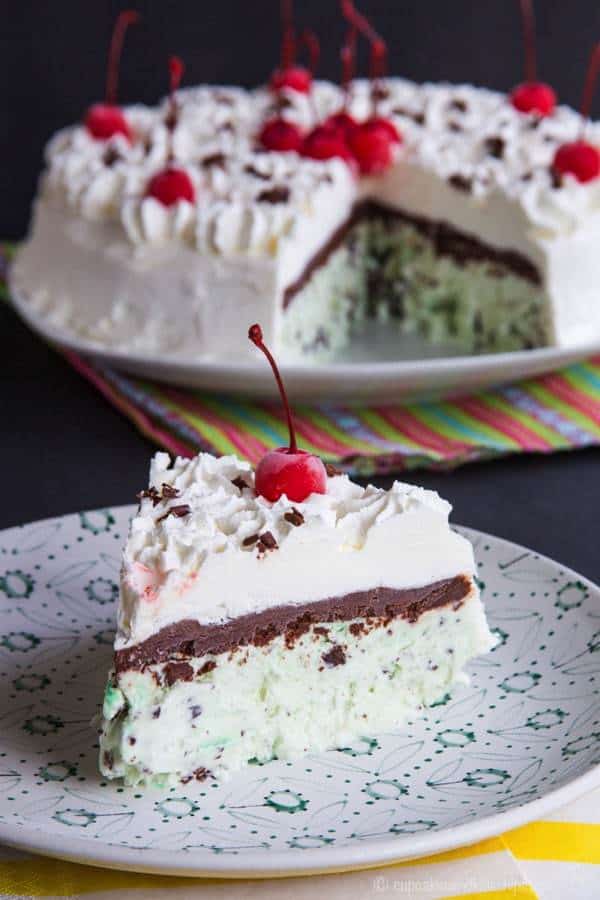 What other kinds of ice cream cakes can you make? 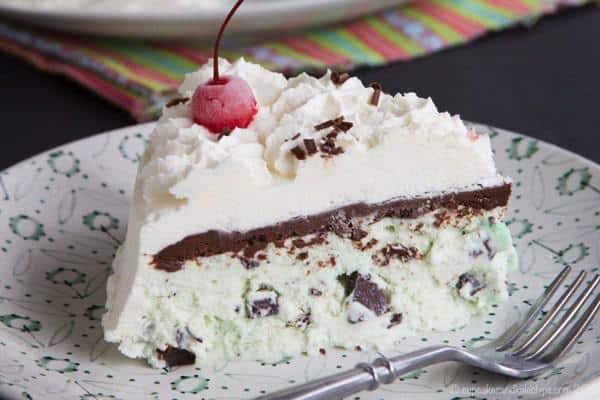 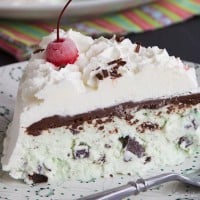 For the ice cream cake: 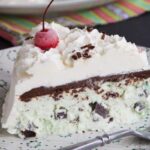