Layers of your favorite carrot cake (mine happens to be flour less, gluten free, and filled with raisins and walnuts) and a creamy, tangy Greek yogurt no-bake cheesecake filling create a light and whimsical dessert perfect for springtime holidays in these Carrot Cake Greek Yogurt Cheesecake Parfaits. 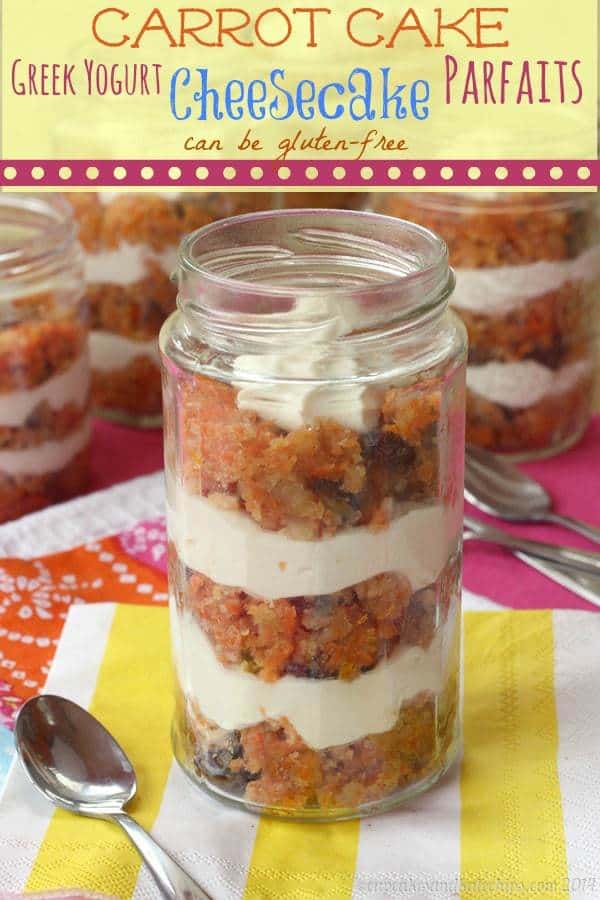 I’ve told you many times about my tendency to “repurpose” leftovers. I mean turkey breast –> salads –> quiche –> grilled cheese and chicken tacos –> sliders –> enchiladas. I just can’t stand throwing food away. Heck, I turn random bits and pieces into omelets and sandwiches and salads and stuff. So you can imagine how I handle baking failures.

I mean, a baking “failure” usually just means it doesn’t have exactly the right texture or it didn’t puff up quite enough or the chips sank to the bottom. With my sweet tooth, do you really think I’m going to throw away an entire pan of brownies simply because I made them too thick, and the middle took too long to bake compared to the edges? Nope! I mean, I’d be happy to shovel the entire “failure” into my pie-hole, but I wanna fit into my jeans, and I don’t have time or money to waste. It’s gotta become blog-worthy if possible. Exhibit A: Brownie fail –> the most amazing ice cream everrrrrrr!

So this, my friends, is a batch of gnarly, mangled, but suuuuper delicious flourless carrot cake cupcakes… 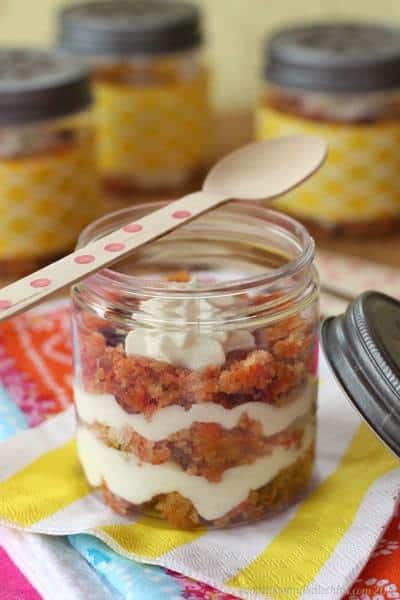 I know, I know, I could keep up the mystique and make you think that this is what I had originally intended to make. I mean, these parfaits! Soooo cute in their mismatched, random, funky little jars. 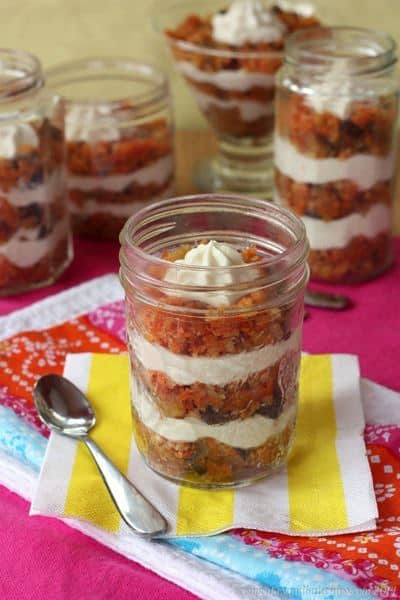 But I’ll be straight up with you. Remember when I told you about those cupcakes that didn’t stick to the liners and collapsed? Was I really going to throw them away? Nope! Into the freezer until I figured out what to do with them. I was originally thinking about carrot cake cheesecake ice cream, but I gave up ice cream for Lent, so that’ll have to wait. This time, it was parfaits.

And remember those dinner guests I told you about on Sunday? The ones who are my guinea pigs that I subject to trying my new creations. Yeah, let got leftovers for dessert. But when leftovers become something even more tasty and beautiful than what I originally started with, I mean, who is really gonna turn them down?

These Carrot Cake Greek Yogurt Cheesecake Parfaits made from gluten free flourless carrot cake were loved by everyone. Even The Bug and Little Smiles were loving these. The Hubby is not even a carrot cake fan, and his jar was quickly emptied.

I love this carrot cake recipe. I think using almond meal makes it even more flavorful than “regular” carrot cake, and I love the hint of citrus from the orange zest. And making a cheesecake-y pudding-y type thing is one of my favorite things to do lately. I vary the ratio of Greek yogurt to cream cheese based on whether I am making a parfait or frosting a cake, but the yogurt adds the perfect texture and tang. Pair it with the carrot cake and you just have the perfect combination of textures and flavors. 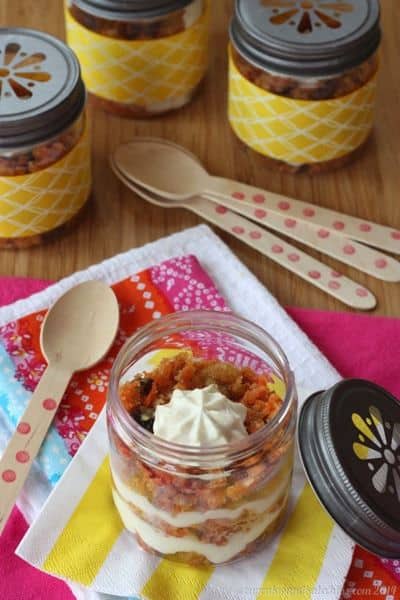 Another thing I hate to put in the trash? Tons of pretty pictures of yummy sweets. So here, you get a collage. Stick this on Pinterest, peeps!

What would you have made with the cupcakes? 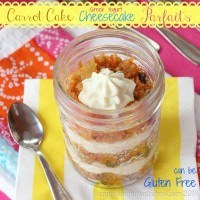 For the Flourless Carrot Cake (Cupcakes):

For the Flourless Carrot Cake (Cupcakes): 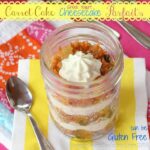 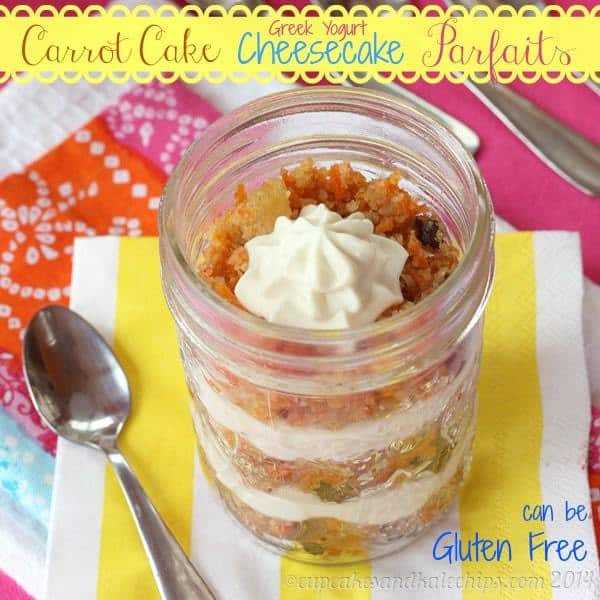 How about some more gluten-free little goodies… 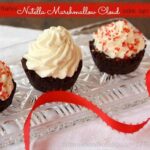 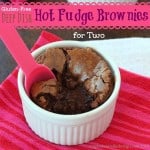 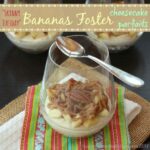