An ice cream float jello mold gets a little sparkle for springtime celebrations when you add some color and pizzazz with sparkling cider. This Sparkling Ice Cream Float Gelatin Mold is one of the best gluten-free no bake dessert recipes you can make. Delicious and fun, with very little effort!

Disclaimer: This recipe was developed through a sponsored partnership with Martinelli’s. As always, all opinions are my own. 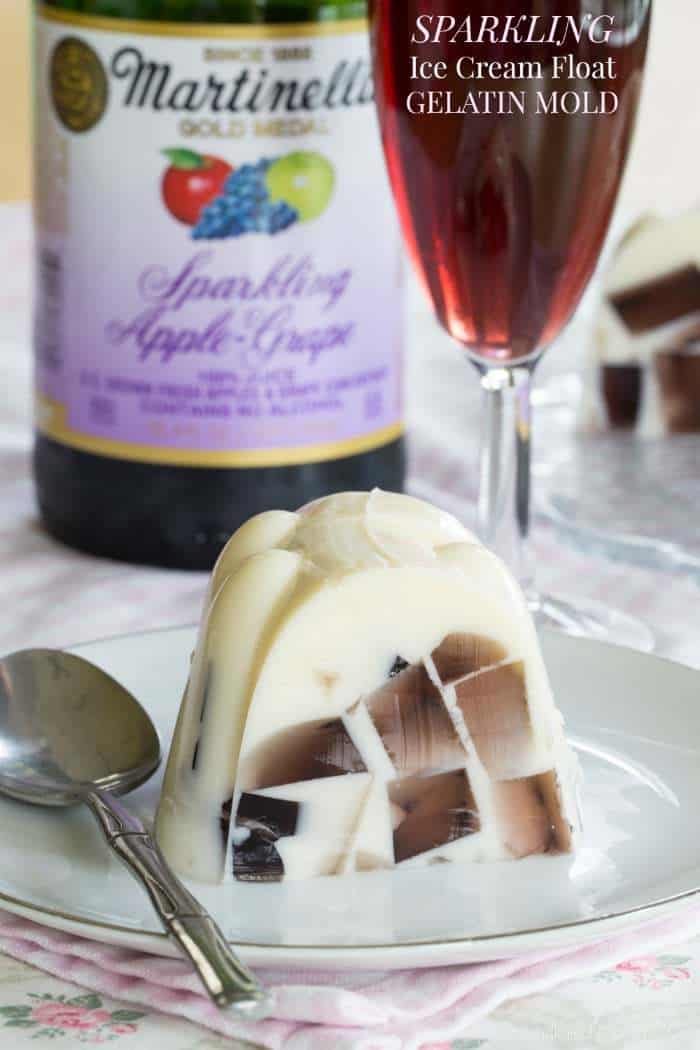 My first grader had a writing assignment about “Why Spring is the Best”, and he had to give reasons and examples to support his position. Many people would say it’s the warmer weather, the beautiful flowers, or maybe even the start of baseball season. He went a little different direction, focusing on why spring is the best this year versus any other year, and said it’s because of our upcoming trip to California.

Now I suppose this isn’t too surprising, as there is a lot to look forward to with this trip. We are heading out west for my brother’s wedding, but extending it to a full vacation since we have to fly all the way across the country. He and his little brother are going to wear tuxes and be ring bearers in the wedding. It’s their first time on an airplane and the furthest they’ve ever traveled.

However, do you think any of those were his supporting reasons and examples?

Nope. Spring is apparently the best because on the trip to California he won’t have to go to school and gets to sleep late. Guys, my kids like school and never sleep late. Uncle Zack’s wedding does happen to fall on the list of what he will be doing when he isn’t going to school, but it got second billing to Disneyland.

Ah, kids. Well, bonus points for thinking outside the box, I suppose.

Our trip to California is going to be pretty fun and all, but in general my favorite thing about spring is fun and fruity no-bake desserts that also are a little outside the box…

While it does take a little time and attention, it’s actually quite simple to make this gorgeous dessert that puts a modern spin on a favorite retro treat. And there’s a few secrets and surprises to make it extra special. So it’s called a “ice cream float gelatin mold”, right? That’s because there’s actual ice cream in the creamy layer! It’s made the same way you would make any gelatin dessert. Sprinkle the powdered gelatin over some cold liquid, dissolve it in hot liquid, then add some more cold liquid and chill. Only this time the second cold liquid is melted vanilla ice cream. And it’s not just poured into a container to chill. It’s poured over gelatin cubes that were made the same way, but out of something that adds a festive twist to any occasion… 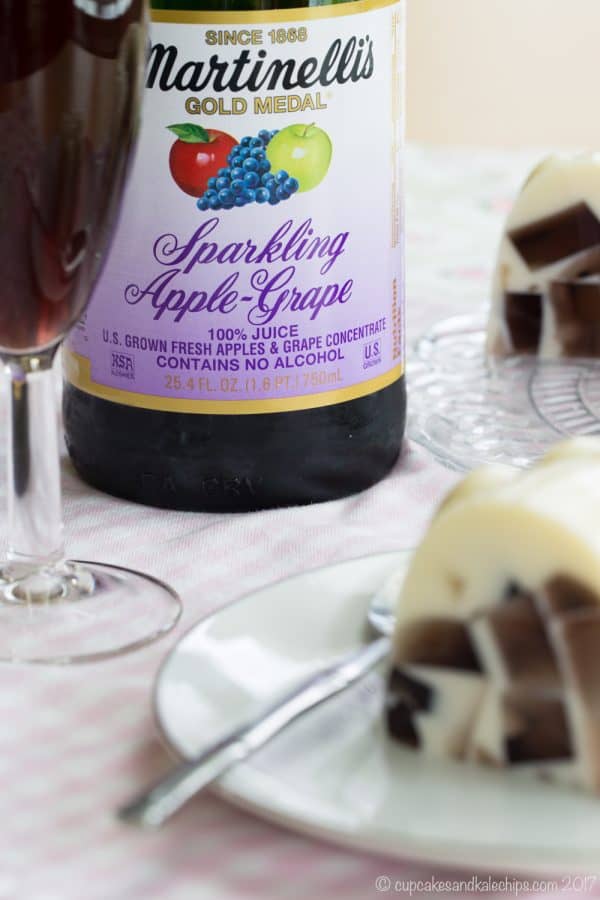 Martinelli’s Sparkling Juices and Cider are my favorite way to make any celebration a little extra special. And while we enjoy toasting with a glass, it also was a fun way add a delicious sweet and fruity flavor plus colorful flair to this recipe. Remember my Creamsicle Jello Mold made with orange juice cubes? This time I used Martinelli’s Sparkling Apple-Grape Juice to make the cubes that float in the sea of ice cream gelatin. I think the purple color makes it a perfect new addition to your Easter dessert spread. 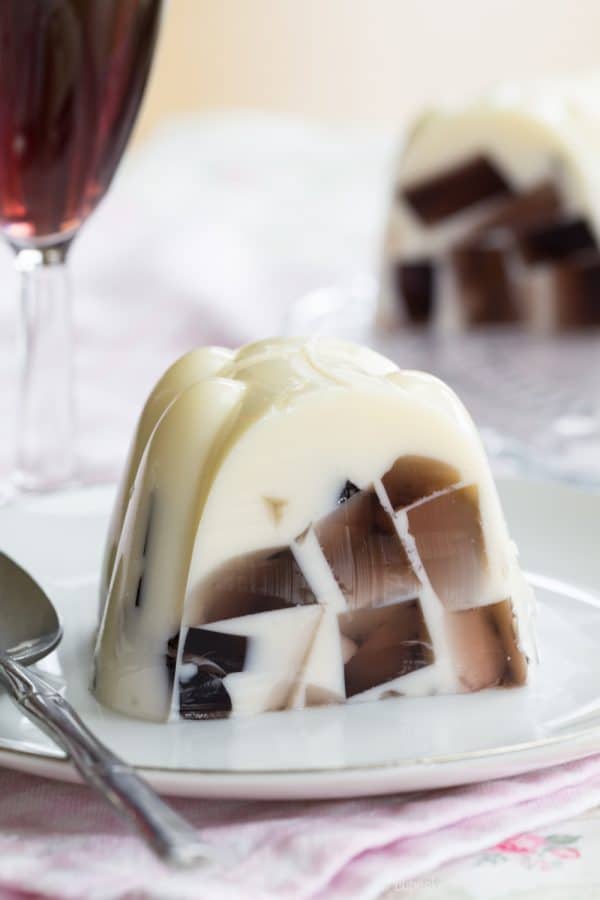 Need some more ideas for your party menu? 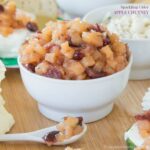 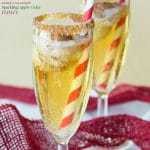 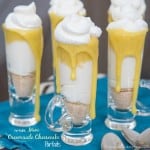 You can have your cake and cider and eat it too with Sparkling Cider Bundt Cake from Crazy for Crust. For a party appetizer, make these Slow Cooker Little Smokies from FoodieCrush with Sparkling Cider. Or serve Apple Cheesecake Crepes for brunch from Sugar and Soul. 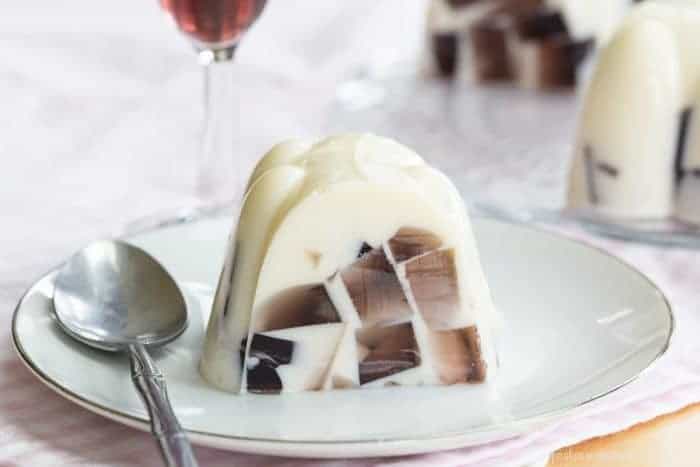 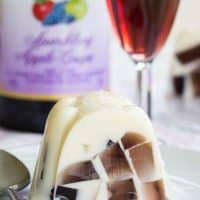 For the Sparkling Gelatin

For the Vanilla Ice Cream Gelatin

For the Sparkling Gelatin

For the Vanilla Ice Cream Gelatin